Behind the Scenes Operators

Thanks to the behind-the-scenes efforts of water and wastewater operators across the country, clean, safe water continued flowing – even amid a global pandemic. Garver launched the Behind-the-Scenes Operators Initiative to give an inside look at what it takes to supply our communities with reliable water services.

COVID-19 … and a record snow in Texas

Despite the record flows, freezing conditions, and challenging plant conditions, my team’s quick thinking kept UTRWD’s facilities running and water flowing without any interrupted service to the communities we serve during one of the worst winter storms to hit Texas.

Rarely do we get to find the lifelong career we want right out of college. But Ben was able to do just that. Immediately, the culture of the Upper Trinity Regional Water District (UTRWD) had him hooked. They’ve created a culture that builds up those who work there and takes great appreciation for the staff’s dedication to serving their communities. For Ben, working with staff like that cemented UTRWD as a place he wanted to work.

That environment has turned Ben’s career into one he takes great pride in and inspires him to do the very best for his team. Before the pandemic, Ben’s daily routine was to visit the plants and speak with staff, staying informed on flows and plant operations. But these visits were in person and Ben felt that was essential to keeping clear communication across his teams. Over the past year, some of the most difficult challenges were due to lack of staff interaction.

Ben continued to be the only staff member moving between all the plants, but even so, he still limited his face to face interactions as much as possible. Throughout the year, adjustments were made for when staff became sick, requiring whole shift crews to be quarantined, and schedules were completely changed to keep smaller crews with more shifts to limit the amount of staff interacting at one time. By splitting staff into shifts with zero crossover, UTRWD was able to limit the impact of an outbreak if one occurred.

Perhaps the biggest operational challenge of the past year for Ben and his team was the polar vortex storm that moved through Texas, leaving thousands without power and many without water as well. However, Ben and his team tried to prepare their facilities as much as possible ahead of the storm. They made sure that backup fuel for generators was topped off and stored. Ben also made sure his team had heaters on critical equipment to prevent freezing. They even ran tests to make sure the facilities properly switched to generator power without transitional problems. He made arrangements for plant staff to stay overnight at facilities for constant monitoring and to protect his staff from traveling in the dangerous storm.

Because of his team’s precautions, they were able to maintain service to their customers. But that didn’t mean they didn’t have their share of problems due to the storm. After about two days of the extreme cold, wastewater flows started to increase even without any rain and water flows were already high. It became apparent that the flows were increasing due to customers flushing pipes and running faucets to prevent freezing. This meant flows at the plants had to increase as well. However, the plants are limited as to how much they can treat based on water temperatures. The permeability of the membranes, which filter the finer particles out of water, change as the water gets colder. As a result, the amount of water Ben’s staff can treat is reduced and takes longer to disinfect.

Additionally, the lines for coagulation chemicals froze. This meant there was no way to bind larger particles together and filter them out before going on to the membranes, which were only meant to filter fine particles. But they couldn’t fix the frozen lines while the cold was still in effect. The lack of coagulant didn’t impact water quality, but it would foul the membranes and create a need for additional backwashing, which pumps water backwards through filters for additional treatment. So, Ben and his team made a choice: run the plant without the coagulant and greatly reduce plant performance to keep their customers supplied with water.

Ben and his team remained in constant communication with customers, identifying which areas were hardest hit and diverting flows as needed to communities who were sorely lacking in water supply. He and his team worked with electrical providers to switch incoming power service from one set of lines to another to make sure both the northern and southern portions of the service area received water.

Through all of this, they managed to keep customers informed, supplied with water, and minimize problems within the UTRWD system. “Despite the record flows, freezing conditions, and challenging plant conditions, my team’s quick thinking kept UTRWD’s facilities running and water flowing without any interrupted service to the communities we serve during one of the worst winter storms to hit Texas.”

For people so essential to our daily safety, Ben and his staff are often overlooked, and their dedication not seen. Ben knows and understands their role to the communities served by UTRWD, and he knows and appreciates how much passion his staff has for what they do. They work 24 hours a day making sure every system, every process, and every piece of equipment is working at its best to meet environmental, regulatory, and operational requirements for safe water.

Despite the record flows, freezing conditions, and challenging plant conditions, my team’s quick thinking kept UTRWD’s facilities running and water flowing without any interrupted service to the communities we serve during one of the worst winter storms to hit Texas. 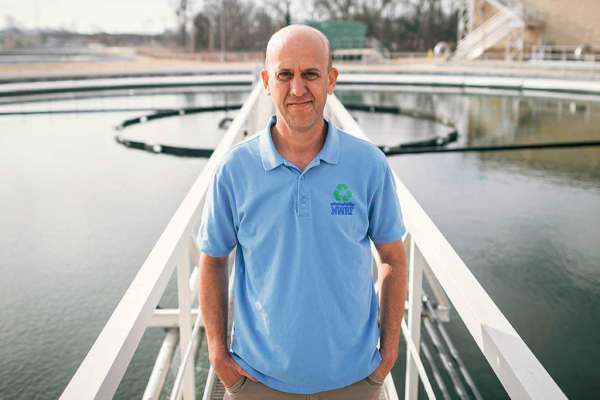 Ryan Bart was immediately fascinated by the intricate workings of wastewater treatment. Now, he manages a facility that treats 17 million gallons of water daily for Norman, Oklahoma. 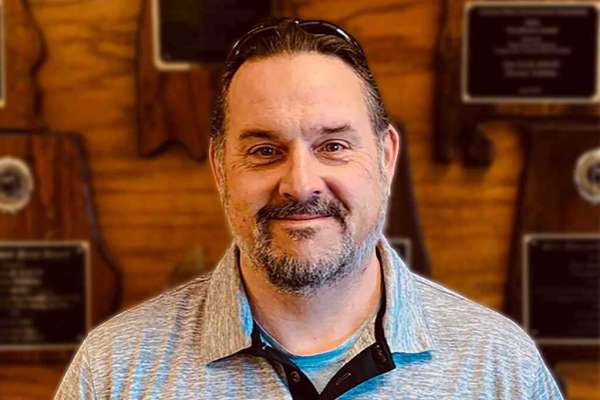 Starting as a maintenance mechanic, Shannon Bailey climbed the ranks and now runs one of the largest wastewater plants in the state of Alabama. 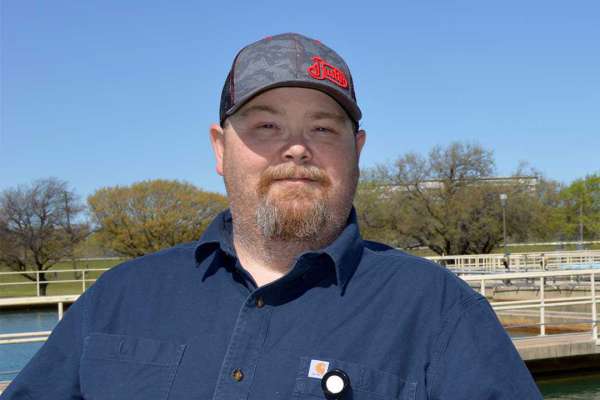 Joe Mann began his career at 19 and now serves as Water Superintendent for two facilities that provide the City of Fort Worth with a combined capacity of 180 million gallons of water per day. 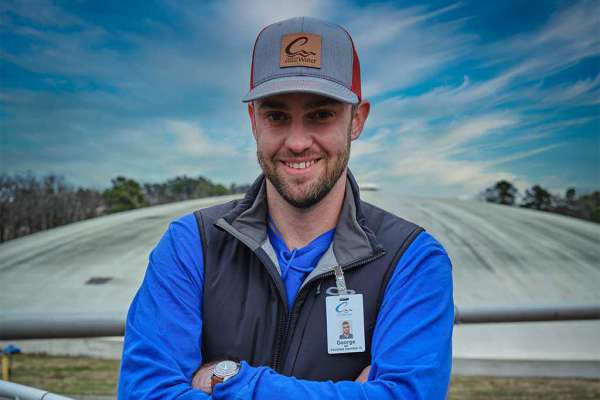 George Murphy knows that keeping Central Arkansas supplied with safe, clean water is a lot like solving puzzles. And he does just that by using his unique critical thinking to keep a complex system running. 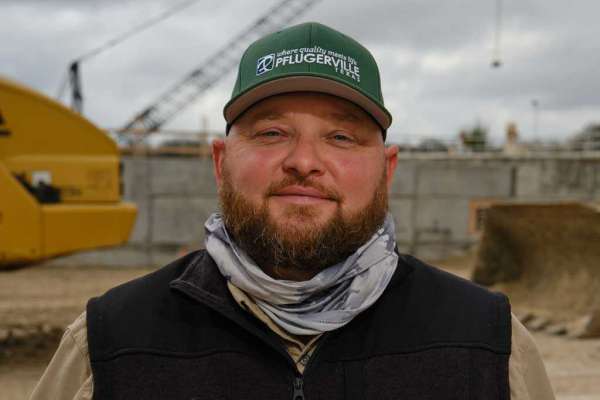 Phillip Scruggs is passionate about not only the science behind providing safe wastewater treatment to his community of Pflugerville, Texas, but the teamwork it takes to keep his plant running smoothly. 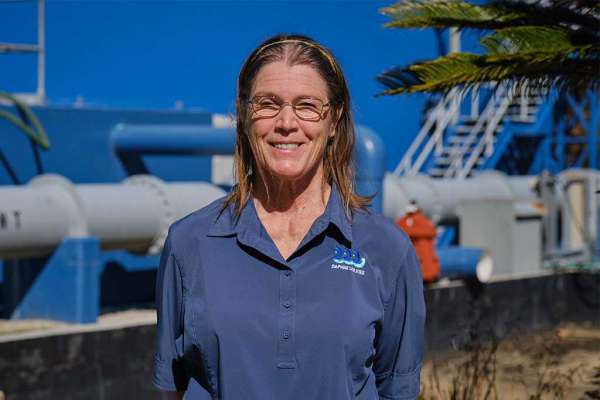 Sharon Surra has dedicated the past 43 years to providing dedicated water and wastewater services to communities across the country – including New England, Texas, and now Alabama. 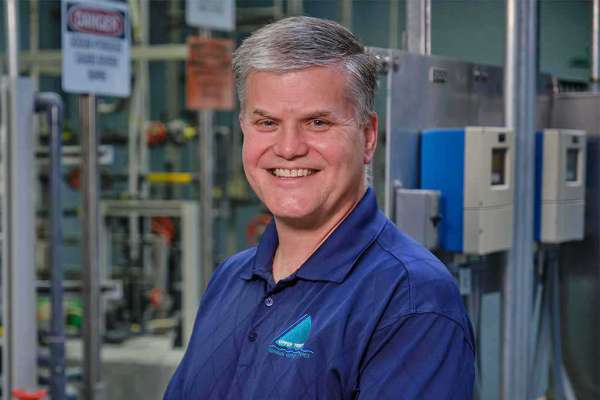 Operating a regional utility of six facilities that serves a growing region of North Texas takes a team of great skill and dedication. And Jody Zabolio provides his expert team with the leadership necessary to continue their quality services.

Garver’s Water Services Team is proud to partner with operators across the country in providing safe, reliable water to the communities we call home.

Let’s connect! We’d love to share more about what our Water Services Team can do for you.