Stallmann named Engineer of the Year by ASPE

For almost two decades, including the past three years as Garver’s Arkansas Water Team Leader, Aaron Stallmann graciously and expertly served the water and wastewater needs of his home state with delivery of planning, design, and implementation phase services for countless infrastructure improvement projects. For these efforts, Stallmann was named Engineer of the Year by the Arkansas Society of Professional Engineers last week at its annual state conference in Hot Springs, Arkansas.

Stallmann spent almost a decade at Garver, eventually leading the company’s water and wastewater efforts in Arkansas. The award was presented posthumously after he succumbed in February to a lengthy battle with cancer. His wife, Jayme, accepted the award on his behalf.

“Aaron was an outstanding engineer, a gifted team-builder, a dear friend, and we could not be more proud that he has been recognized for all the advancements he made to his profession,” said Steve Jones, Garver’s Director of Water Services. “Our Water Team has made great advancements to spread our services to as many municipalities in Arkansas as possible, and Aaron was one of the largest parts of that effort.”

Stallmann proved to be a dedicated engineer and employee through his work both inside and outside of the office. He helped increase Garver’s portfolio by adding services to clients like the Little Rock Water Reclamation Authority and Central Arkansas Water, and to municipalities like Bentonville, Conway, Fayetteville, Hot Springs, Rogers, Russellville, and Springdale. Among his most notable engineering achievements was serving as project leader on the development of the Tupelo Bayou Wastewater Treatment Plant in Conway, Arkansas, which still counts as one of Garver’s signature water projects.

As a dedicated member of his office’s GarverGives committee, Aaron helped lead Garver’s corporate giving with an emphasis on providing guidance and encouragement to STEM students as they decide on potential engineering careers.

In his memory, Garver has established the Stallmann Education Trust, to which friends, colleagues, and clients can make donations to the continuing education of the Stallmanns' two children. 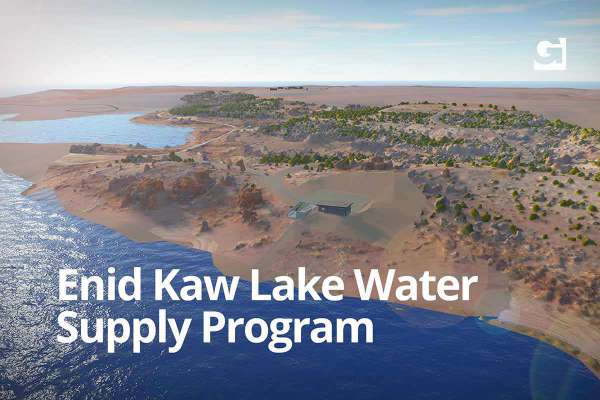