WTS Heart of Texas names Garver Employer of the Year

Garver was named Employer of the Year at the 17th Annual WTS – Heart of Texas Chapter Transportation Gala this week. With nominations made by WTS members, the award recognizes outstanding contributions and support of the advancement of women and minorities in the transportation field.

In explaining why Garver was recognized with this honor, the nomination noted that: “The Garver effort to support and grow WTS is part of a conscientious company effort to support and encourage women. Garver’s leadership recognizes the value of WTS and the importance of supporting the advancement of women, so they encourage our employees to be actively involved in WTS.”

In addition to supporting WTS – particularly with respect to new and emerging WTS chapters like those in Texas and Arkansas – as more women have entered the transportation consulting industry, Garver has created new opportunities and promoted from within to make it possible for women to advance within the company. Initiatives such as the Transportation Mentoring Program, Garver U, and the tuition reimbursement program have promoted professional development and mentoring opportunities.

What’s more, as Garver has continued to grow, half of all hires over the past three years have either been women or minorities.

“With respect to diversity, our industry has come a long way in providing career opportunities and advancing women, but there’s still so much work yet to be done,” said Garver Planning and Environmental Team Leader Wendy Travis, AICP. “Our partnership with WTS represents a means to that end. Or if nothing else, a first step forward.”

These efforts haven’t stopped at the office, however.

Garver has sought to change the makeup of the mostly male-dominated engineering field by hosting a number of programs aimed at broadening the talent pipeline and encouraging young women to take an interest in STEM fields from a young age. These initiatives have ranged from Garver Launch, the firm’s comprehensive internship program – in which nearly 50 percent of interns were either women or minorities – to programs conducted through GarverGives, such as the Museum of Discovery’s Girls in STEM program and the Alex Foundation’s Architecture + Design Summer Camp, both of which took place this summer.

Gass named to Arkansas Business’ 20 In Their 20s list 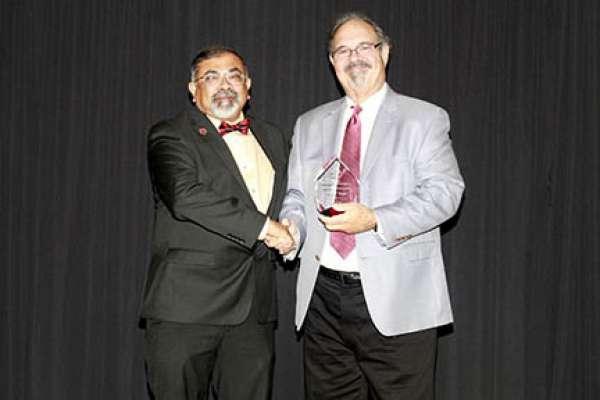 Mach named to The Journal Record's Achievers Under 40 list